Concerned About Stock Market Volatility? Commercial Real Estate Might Be the Answer

An increasing number of investors are looking for alternatives to the public markets. The constant stock market volatility is sometimes too much to bear. 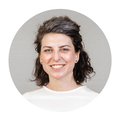 2018 came to an end amid heightened volatility in the public markets–the Dow experienced both its biggest drop in history (1,175 points in February) and its biggest gain (1,086 points in December), quite the financial, and emotional, roller-coaster for investors. As Marketplace Today reported, “although major U.S. indexes set records in late summer and early fall, they fell in October, leaving them all in the red for 2018 and leaving Wall Street with the worst showing in a decade.”

The VIX (a measure of market risk and referred to as the “investor fear gauge”) set a 6-month high in December 2018 (nearly 3x the average seen between July-September 2018). Even as the VIX has leveled out as we’ve moved through 2019, it’s no wonder that an increasing number of investors are looking for alternatives to the public markets. The constant ups-and-downs of the stock market are sometimes just too much to bear. Many stock market investors are eyeing the 10 year anniversary of the market’s current bull run, and are contemplating exiting now (or soon) to take advantage of perceived stock overvaluation and the eventual correction (read, market downturn). 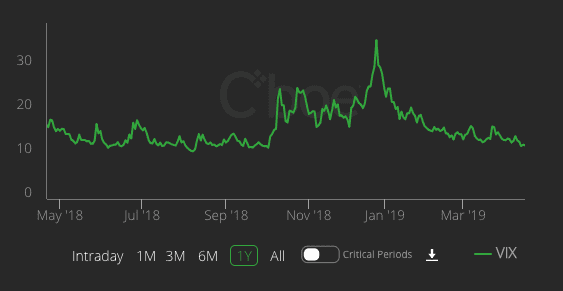 Long-term historical analysis shows that direct investments in real estate, when compared with the public equities markets and U.S. fixed income instruments, have experienced relatively lower volatility while earning higher risk-adjusted returns. Commercial real estate (CRE), as an asset class, provides investors with refuge from the day-to-day ups and downs of market speculation and the whims of human psychology, due to its unique quality of being backed by a hard asset with intrinsic value.

The Urban Land Institute (ULI), one of the most highly regarded and widely read forecast reports in the real estate industry, urges commercial real estate investors to be on the look-out for complacency in their 2019 Emerging Trends in Real Estate report. The following is an excerpt from that report:

Complacency: One key risk toward the end of economic cycles is the supposition that expansion will persist well into the future. It seems self-contradictory, but many take comfort in the adage that turning points are impossible to predict and that no trigger for a downturn is now apparent on the horizon. At present, however, it seems that rather than a single trigger, there is an accumulating number of risks that interact with each other (labor shortages, a flattening yield curve, a potential asset bubble on Wall Street, tariff and trade tensions, ongoing geopolitical risk) and argue for greater defensiveness. The decline in real estate transaction volume seems to say that investors as a group are pulling back in the face of such concerns. But even while that is happening, cap rates not only have trended low but also are convergent (with just a 30-basis-point differential between offices, retail, and industrials at midyear 2018). At current cap rates, risk premiums are so thin that is likely that many deals are pricing risk too cheaply. That mispricing becomes apparent once recession strikes—and that is not a question of if, but rather when.

While opining on a specific projected timeline for any change in the current economic cycle would be a fool’s errand, we can share insights that may bolster a portfolio’s resilience to a recession in the market when it does occur.

First off, it’s important for investors to understand the four phases of the real estate cycle. As the current Expansionary phase (phase II) moves toward Hypersupply (phase III), some investors may decide to sell their assets ahead of a perceived forthcoming decline in property values. This creates the opportunity for other investors to purchase Core properties with high occupancy and a rent roll full of credit tenants with long lease terms (usually 3-10 years), optimally timed to roll over during the next Expansion phase, overshooting the Recession and Recovery time periods. Further into the Recessionary phase is an ideal time, for those who can afford the risk, to buy distressed Opportunistic assets at steep discounts. This creates an opportunity to then reposition the asset and sell during the next cycle–like investors who were able to buy stock in 2009 and ultimately sell towards the end of a lengthy bull run.

Making the Grade in Real Estate: Understanding Class A, B, and C

Class B multifamily properties have a unique propensity to benefit from their middle-market position. During periods of strong economic growth, Class A (the top tier property in a particular market) multifamily owners may find their turnover rates are higher than normal as their best tenants vacate to buy their own homes; the resulting vacancies are often absorbed by Class B tenants who are ready to step up to Class A living. During Recessionary phases, however, Class A multifamily owners often need to offer incentives, like lower rents, to retain tenants who might move down to a Class B property to save money. It is due to these cyclical effects that Class B multifamily properties are seen as the most desirable investments–regardless of the economic cycle, Class B assets’ middle market position means that there is usually an even balance of tenants entering and exiting the asset class.

We learned a lot of lessons from the 2008-09 downturn and the importance of considering the leverage/equity ratio. High leverage (meaning that a large proportion of the project’s capitalization is borrowed in the form of a loan which must be repaid, with interest, to a bank or other financial institution) can be a useful tool to boost returns on projects where there is high certainty of execution. On the other hand, higher leverage can translate to higher risk. For example, there were plenty of three- to five-year loans issued from 2005 to 2007, just prior to the recession, at high leverage amounts of 85% to 90% of the acquisition value. Adding to that risk is the fact that those loans were based on what we know now were peak property values. When the market shifted and property values dropped precipitously from 2008 to 2009, those borrowers found themselves underwater in the properties right at the point their debt matured and needed to be repaid to the lenders. In cases where business plan execution may be less certain, such as sponsors with less experience and shorter track records, focusing on projects with lower leverage may be more prudent.

Self-storage is an oft-overlooked property type that has some uniquely recession-resistant qualities. It has a reputation of providing relatively high yields and is relatively more resistant to recessions due to its lower declines and default ratios vis-à-vis other asset classes. Self-storage was one asset class that actually benefited from the recession of 2008-09, as new demand for storage was created by people who had sold their homes and moved into smaller (and less expensive) multifamily units or relocated to find new jobs.

Heated competition for traditional multifamily assets has benefitted the senior housing property type as some investors have responded by branching out into alternative housing investments. The economic recession of 2008-09 provided evidence that senior housing tends to be a more resilient real estate property type as it does not experience the same level of occupancy swings as other asset classes during economic downturns.

A final takeaway is to consider that commercial real estate is local, holding periods are multi-year in duration, and its transaction market is inefficient. This means that there are always good deals and bad deals to be had, and what’s happening in an asset’s submarket often has more relevance to its performance than what’s happening at a macroeconomic level. Against the backdrop of a stock market that can, at times, appear schizophrenic as it grapples with constant political and economic turbulence within the U.S. as well as abroad, a commercial real estate offering backed by professional sponsorship and a logical business plan can present an attractive alternative.