A Non-Random Walk Down Main Street: How Investors Benefit From Inefficiencies in the Commercial Real Estate Market 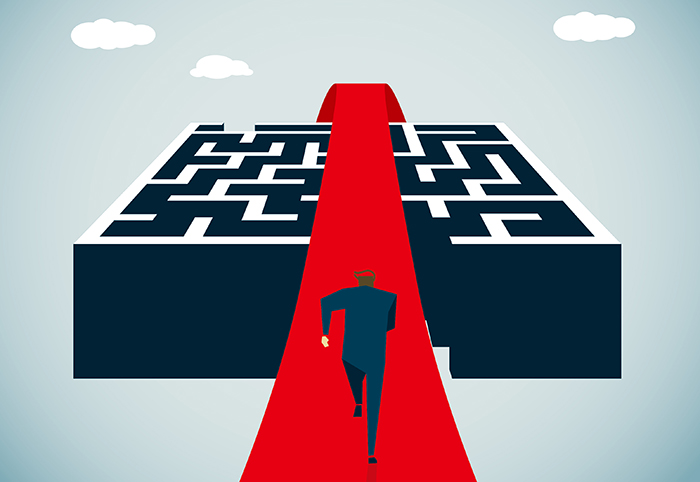 The primary objective of a commercial real estate brokerage firm is to drive as much efficiency into the sales process of an asset as possible by “fully exposing” it to the market. And while it’s possible for a deal to trade above fair value (through a bidding war), that’s a rare occurrence in commercial real estate. Usually a well-run brokerage marketing process produces a scenario where an asset fetches multiple bids. The bidders are then prompted to bid again against each other in what is known as  a “Best and Final” process to determine the highest and best bidder. Bidders will typically proceed to put their best foot forward but do not tend to lose rationality at this stage. Through the brokerage firm’s counsel, the seller then awards the deal to highest and best bidder and a contract period ensues. At the conclusion of the due diligence process, the bidder may have an opportunity to adjust the price or it may feel compelled to proceed at the contracted price or else risk losing the deal. After the final price and terms are determined, the deal closes in the weeks ahead. If the entire transaction proceeds as described above then it produces an outcome where the asset trades at or near fair value.

However, when the transaction process is anything other than the nearly efficient scenario, it creates opportunities to exploit the inefficiencies inherent to the commercial real estate market. Exploiting such inefficiencies can result in situations where assets trade at a discount to fair value and transfer value to buyer.

Securities markets, in contrast, are exponentially more efficient. So much so, in fact, that some of the world’s most sophisticated investors believe that it is impossible to truly generate alpha in securities trading and that investors are better off purchasing indexes, holding long term and minimizing management fees. A recent and famous example of this debate is the 10-year $1 million bet between Warren Buffet and New York-based hedge fund Protégé Partners. The bet originated in 2008 when Buffet challenged any active investment manager to a ten-year bet that the manager could not outperform Buffet’s passive investment portfolio. Protégé Partners stepped forward to accept Buffet’s with its proprietary model of seeding smaller hedge fund managers led by a highly sophisticated team. So what did Buffet select? The Vanguard S&P 500 Index Fund.

After eight and a half years into the ten-year bet, Buffet’s singular selection of the Vanguard S&P 500 index fund is trouncing the actively managed Protégé Partners hedge fund. At the end of 2015, Buffet was up a cumulative 65.7% to Protégé Partners’ 21.9%. So, while the debate of passive vs. active securities investing rages on, Buffet’s opinion that securities markets are so efficient that the best investment thesis is to simply buy the market and do it through the most cost efficient means possible is a powerful one that will almost undoubtedly win him a $1 million bet next year.

In commercial real estate transactions, owners may decide to sell for a variety of reasons – and, in some instances, at less than opportune times and for reasons that have nothing to do with maximizing value. For example, a family trust may need to liquidate real estate to generate proceeds for family members. Institutional real estate funds have predetermined life spans that can create situations where fund managers are obligated to liquidate assets and distribute proceeds to shareholders. Other institutional owners periodically cull investments that no longer fit their strategic focus.

In addition, sometimes a marketing process starts off on an efficient track but derails into an inefficient (and potentially highly inefficient) process when the initial buyer terminates the transaction during the contract period. This is referred to as a failed escrow and it can often unleash a series of events that, to the chagrin of the seller, impairs the short-term value of the asset.

By the time a failed escrow occurs, the seller has usually mentally moved on from the asset, so it’s an unfortunate thing to happen to a seller at an unfortunate time. The seller may be envisioning money in the bank or eyeing its next purchase – what the seller is often not doing is contemplating an extended holding period. The asset may be the same as it was the day before, perhaps even better, but now the seller is highly motivated to transact and simply move on.

At the same time, the market now speculates that the fact that the initial transaction failed must mean the asset has defects (why else would the buyer terminate?). This perception can lead to real degradation in asset value, regardless of whether or not defects actually exist. So now, a highly motivated seller who is grappling with a market perception problem begins to chase the remaining back up bidders. These bidders smell blood in the water and fade their initial bids to a level they view as opportunisticOpportunistic real estate investments are the most high risk/high reward investment opportunities, requiring major development work. Opportunistic properties tend to need significant rehabilitation or are being built from the ground up. They have the chance to reach the highest rate of return for investors, but they little to no in-place cash flow at the time of acquisition and have the... More. If the seller decides not to remove the asset from the market but, instead, hits the best prevailing bid (particularly in situations where sellers are required to transact), the result is a zero-sum game where the seller loses and the buyer wins.

So, while it can be more challenging to buy equities at or near peak market pricing and still squeeze out returns, the same is not necessarily true in real estate, although it certainly requires buying decisions to be more calculated. Real estate investors can profit during both good and bad markets if they find the right opportunity at the right time. For example, while it was commonplace to see real estate investors lose money who acquired in 2007 and sold in 2011, there were certain investors who profited during the same holding period, especially if the investor acquired via a broken escrow scenario as described above. Whether you made or lost money at sale in 2011 depended upon what type of asset you acquired, under what circumstances you acquired it in 2007 and under what circumstances you sold it in 2011. The example is meant to illustrate that real estate is deal-specific, both at acquisition and at sale. Yet, if you invested in the S&P 500 index at any point in 2007 and sold at any point in 2001, you lost money – period.

At times, it may seem as though investment groups are taking a random walk down Main Street America to buy a shopping center in Phoenix or an apartment building in Texas. The reality is that those acquisitions are usually highly calculated and strategic. Buyers who know their markets recognize opportunities, which is another way of saying they recognize inefficiencies in the market. Buyers who able to capitalize on those inefficiencies are the same groups that tend to have long-term track records of success. The ultimate strategy is to acquire an asset via inefficient transaction and then sell via an efficient transaction. If you can do that and do it at the right times within a real estate cycle, then that is how you end up with a home run.