CrowdStreet has raised $12 million in Series C funding.The company leveraged its own platform to facilitate the process and moved from announcement to funded in just one month. 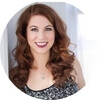 CrowdStreet today announced that it has raised $12 million in Series C funding from its community of individual investors and commercial real estate sponsors. The company leveraged its own platform to facilitate the fundraising and investing process. This enabled the entire raise to quickly move from announcement to funded in just one month. The news comes on the heels of CrowdStreet announcing the appointment of three new executives as well as the company setting a new quarterly record for capital raised on its Marketplace for commercial real estate.

“For years we have had investors requesting to invest in CrowdStreet as a company, not just in the deals on our Marketplace. So for this round, we thought we would do things differently instead of going the traditional institutional route,” said Tore Steen, CEO of CrowdStreet. “We used our own technology to run this process giving some of the most active members of our community of investors a chance to invest in the company itself. Given how capital-efficient our business is, it wasn’t imperative for us to raise money. However, the rapid acceleration we had in 2019 has presented additional opportunities that we can capitalize on with this new funding. We pride ourselves in democratizing access to commercial real estate investing, so we wanted to take it one step further and provide individual investors the opportunity to invest in a round that traditionally would have gone entirely to VCs. We are extremely happy with the outcome and we’re excited to partner even more closely with the people who have helped make the CrowdStreet Marketplace such a success.”

The Series C offering was open to a group of individual investors and strategic partners of the Portland-based tech provider. Existing venture capital partners Grotech Ventures, Rally Ventures, Seven Peaks Ventures, and Green Visor Capital also participated in the financing. Once announced, the round was over 75% committed in less than a week.

“Having witnessed the incredible growth on the CrowdStreet Marketplace since we first invested a little over a year ago, It was an easy decision to participate in this round,” said Lawson DeVries, General Partner at Grotech Ventures who led the Series B. “CrowdStreet has been delivering, or overdelivering, consistently on their aggressive plans, and we are excited about their next phase of growth as the business continues to expand with products and channels for investors and sponsors.”

“I am a steadfast believer of living your own brand values, and CrowdStreet did that in a major way with this innovative approach to raising money,” said Carol Kruse, an investor in the round and former CMO of ESPN and head of Digital for The Coca-Cola Company. “My husband and I don’t typically have access to VC-caliber investments, as almost no individual investors do, and given the company’s performance and the executive team’s vision, this was not a hard decision to get to. We are excited to join the ride.”

CrowdStreet is on track to raise over $500 million in real estate investment capital through its Marketplace for 2019 alone, which is more investment volume than the company conducted in its first five years combined. Since its inception, the company has seen more than $80 million in cumulative distributions to thousands of investors spanning almost every state.

The Series C round brings CrowdStreet to $25 million raised since its inception in 2013.