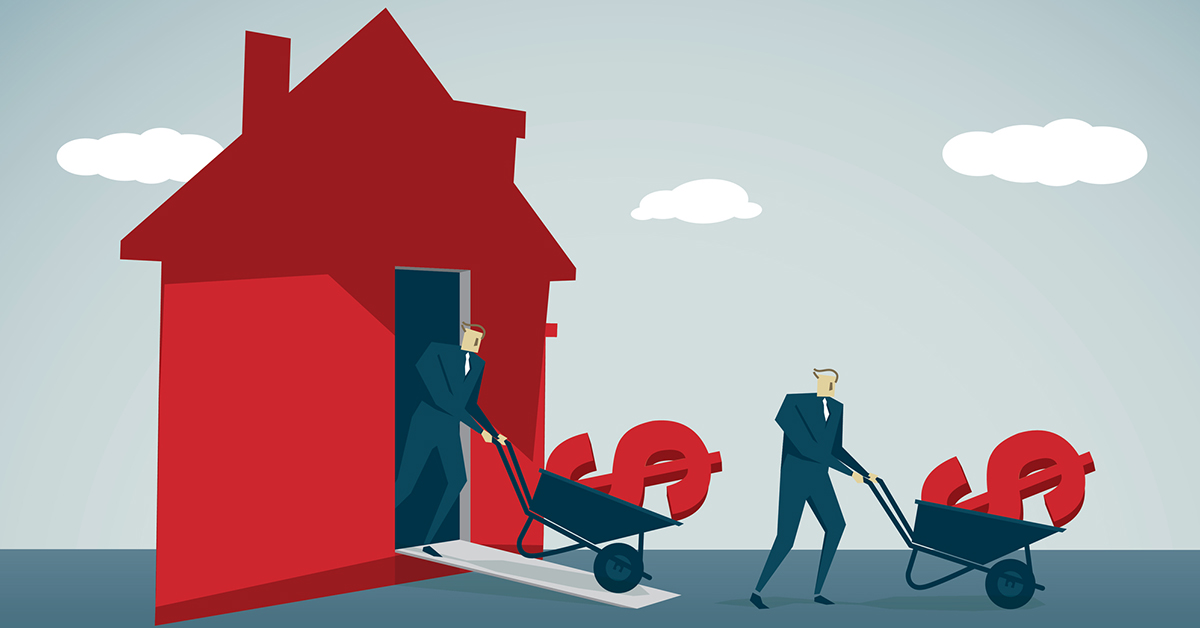 You see the term “Value add” often applied to the profile of commercial real estate assets. In fact, many offerings on the CrowdStreet Marketplace carry this tag. But what does this term really mean? Investors often ask me, “Can operators truly add value or are they simply riding the upswing of a real estate cycle to generate profits?”. That effect is largely a function of cap rateThe capitalization, or “cap”, rate is used in commercial real estate to indicate the rate of return that is expected to be generated on a real estate investment property. The calculation is based on the Net Operating Income the property generates divided by the Purchase Price. Lower cap rates (3-5%) generally point to safer / less risky investments and are... More compression, a topic we will discuss in a separate article. While cyclical effects can provide wind at the back of an operator it is, indeed, possible to create real value in CRE assets. In certain instances, the potential to create or “add” value is substantial.

Growing NOINet operating income (NOI) equals all revenue from the property minus all operating expenses. In addition to rent, a property might generate revenue from parking and/or service fees such as laundry, housecleaning services, pet rent, and more. Operating expenses include the costs of running and maintaining the building and its grounds, including insurance, property management fees, legal fees, utilities, property... More is a key to adding value

Creating value starts with identifying an asset that has the potential for a dramatic increase in rental rates or occupancy, a dramatic decrease in operating expenses, or a blend of these three factors. Commercial real estate assets are sensitive to Net Operating IncomeNet operating income (NOI) equals all revenue from the property minus all operating expenses. In addition to rent, a property might generate revenue from parking and/or service fees such as laundry, housecleaning services, pet rent, and more. Operating expenses include the costs of running and maintaining the building and its grounds, including insurance, property management fees, legal fees, utilities, property... More (“NOI”) and NOI is sensitive to three things: 1) occupancy 2) rental rates and 3) operating expenses. Therefore, If an operator can identify a commercial real estate asset that it can dramatically improve one or more of those three factors, then that operator has the potential to boost NOI, increase the asset value and thus create or “add” value.

Assets that have this potential typically have current deficiencies, which prevent the asset from realizing its potential. The key is to find situations where, after study, the operator determines it has the ability to cure the deficiencies that currently plague the property, which will unlock the opportunity for value creation. If the operator succeeds in curing those deficiencies, then the asset can become more competitive in the market. Increasing rental rates and occupancy and/or decreasing operating expenses is now simply a matter of good execution.

The following example illustrates this point:

Assume that a real estate operator purchases a 100,000 SF office building for $20 million that is only 60% leased and has a tired lobby and dated elevators. Because of the low current occupancy, the property’s NOI is impaired. However, if the issues with the property were cured, it has strong potential due to its location. This is a classic “value-addProperties are considered value-add when they have management or operational problems, require some physical improvements and/or suffer from capital constraints. By making physical improvements to the asset that will allow it to command higher rents – remodeling the kitchens in multi-family, installing more energy efficient heating systems in a medical office, etc. – improve the quality of tenants and increase... More” office scenario.

The operator purchases the building at a 5.5% going-in cap rate, which means there is currently $1.1 million of NOI:

The operator then proceeds to invest a total of $2.5 million into the property, allocated as follows:

By completing the renovations and communicating to the market that the building is able to fund tenant improvements and pay leasing commissions, the operator is able to lease up the property to full stabilization (95% occupancy) and double NOI to $2,200,000 over a period of 18 months. Keep in mind that, as occupancy increases, it will have a dramatic effect on NOI since much of a building’s operating costs are fixed. This is why increasing occupancy from 60% to 95% can double NOI.

If a fully stabilized office building in the submarket is valued at a 7% cap rate, the building is now worth $31.4 million:

If the full project cost of $22.5 million ($20 million purchase + $2.5 million renovation) was funded through 65% debt and 35% equity, then imputed equity has more than doubled:

Thus, in this example, with a $2.5 million investment into a $20 million value-add office property, the operator is able to create over $8.9 million of value in less than two years. The net result is that investors have earned a 2.13x equity multipleIn commercial real estate, the equity multiple is defined as the total cash distributions received from an investment, divided by the total equity invested. Essentially, it’s how much money an investor could make on their initial investment. An equity multiple less than 1.0x means you are getting back less cash than you invested. An equity multiple greater than 1.0x means... More (less transaction costs and sponsorIn commercial real estate, the sponsor is an individual or company in charge of finding, acquiring and managing the real estate property on behalf of the partnership. The sponsor is usually expected to invest anywhere from 5-20% of the total required equity capital. They are then responsible for raising the remaining funds and acquiring and managing the investment property’s day-to-day... More promote).

Since the example above is hypothetical, you might wonder if this type of scenario actually plays out in real life? The answer is it can, and I will describe one such real life scenario.

A Case Study in adding value

During my tenure as an acquisitions officer for a CRE operator, my primary duties consisted of identifying CRE assets that had strong potential to create value and then capitalize and acquire them on behalf of my company. Upon acquisition, our company’s asset management team would then set about executing the business plan to actually create and, ultimately, realize the value that the acquisitions team had underwritten.

In 2013, I identified a mid-rise office tower in the Bay Area that I felt had the potential for substantial value creation.  At the time, the property was 68% leased with rental rates that were some of the lowest in the submarket. Not surprisingly, it had a reputation as a mediocre and challenged property.

This deal sounds bad from the outset, so where is the opportunity to create value? After conducting due diligence, I learned the following:

There’s no “I” in value add

So, yes, substantial value can be created in CRE assets but it requires a well-devised plan and a team that is capable of executing upon it. Opportunities for substantial value creation are not abundant but they do exist. In addition, certain operators are more adept at sensing them than others as some of the best opportunities are overlooked by the general market. Like most things in life, the home run deals in commercial real estate are often the ones where the business plan seems far fetched at acquisition but is so logical by the time of disposition.

Finally, keep in mind that, in the case study above, I was just the guy who stumbled upon a deal and formulated a plan. It was truly the team of property and asset managers, who worked day-in and day-out over those two subsequent years, that realized the potential value of the asset. As Chris Sacca (investor in Twitter and Uber) said, “Ideas are cheap, execution is everything”.